Anyway, we took off into a chilly 63 degree swim through grassy water at around 9AM. The weather was great and I got through the 1000m swim in 19:39, more than 3 minutes faster than last year. The bike trails up there are great (I don’t know if it’s open to mountain bikes outside of this race, but I hope it is, because the riding is great in there). As always, lots of climbing, lots of rocky descents and lots of fun. I biked in 1:48:45, around 11 minutes faster than last year. 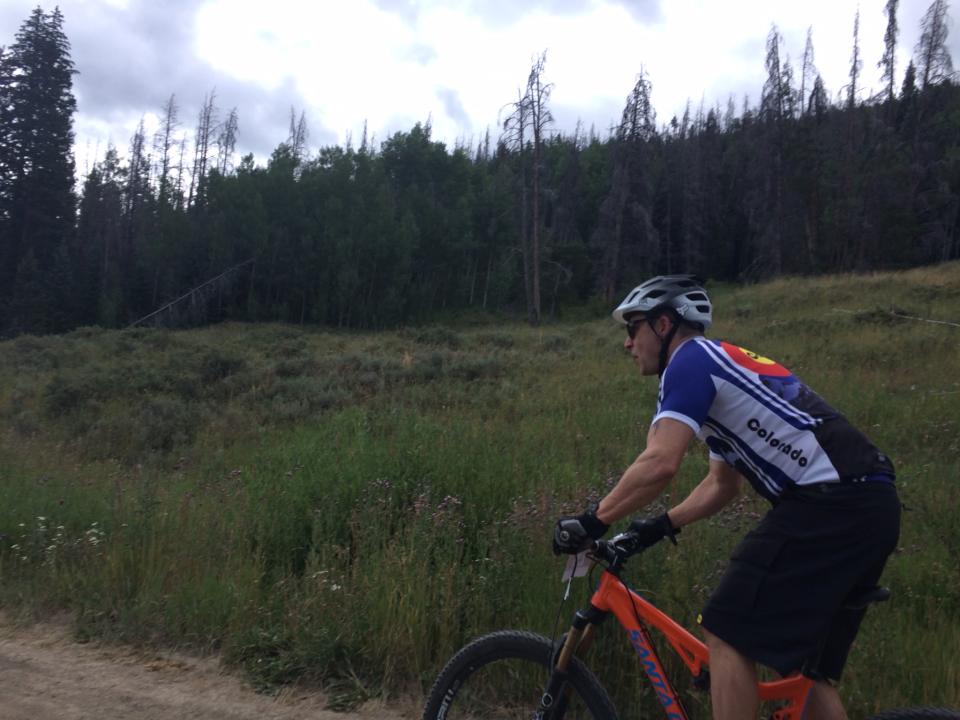 That’s a rare action-pic of me on the bike. Off to the run after the bike. Not going to lie: I kind of hit the wall – racers know what I mean – and my legs felt like they weighed a hundred pounds each. It took me a less-than-awesome 50 minutes to cover the 4 somewhat hilly miles (yikes, that’s awful). Anyway, I finished in 3:04:54, over 14 minutes better than last year. Once again, I’ll take it. 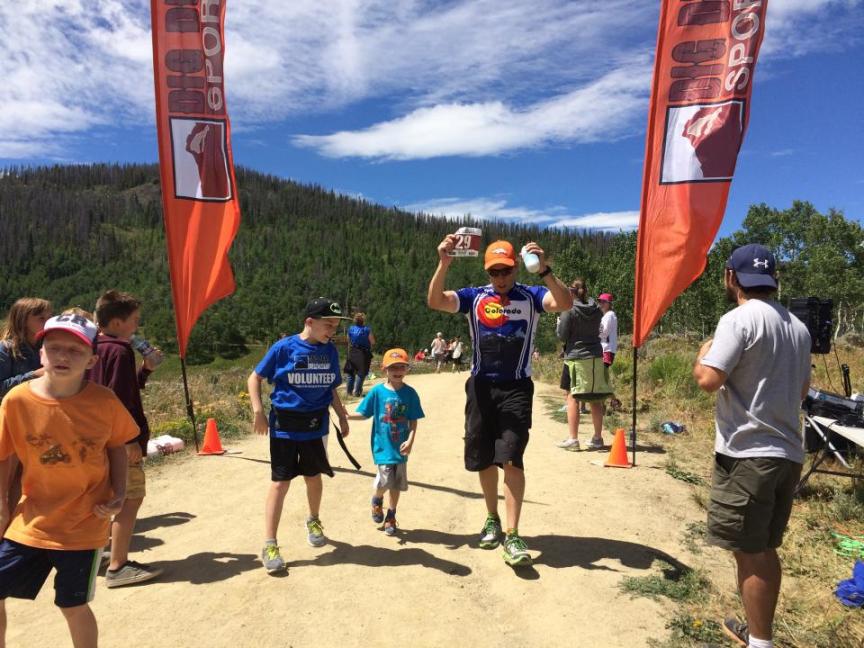 Next up for me is Xterra Buffalo Creek August 22nd, where I’ll be a part of one of the many relay teams proudly representing my triathlon club – Altitude Multisport Club. I’ll be riding the bike leg – 22 miles on the MTB. Maybe see you up there?