I think it was Socrates who said, “If you’re a slow mountain biker, and you’re doing an Xterra Triathlon relay, find a fast swimmer and a fast runner, and maybe no on will notice how slow you are.”

And this past Sunday I did just that. This year’s Xterra Buffalo Creek relay featured super swimmer Keira Morrell, super runner Kacee Reinisch on the run. And me. On the bike.

They were fast, I was slow (but I was almost 7 minutes faster than last year) and let’s just say we didn’t take first place. But we weren’t last either. 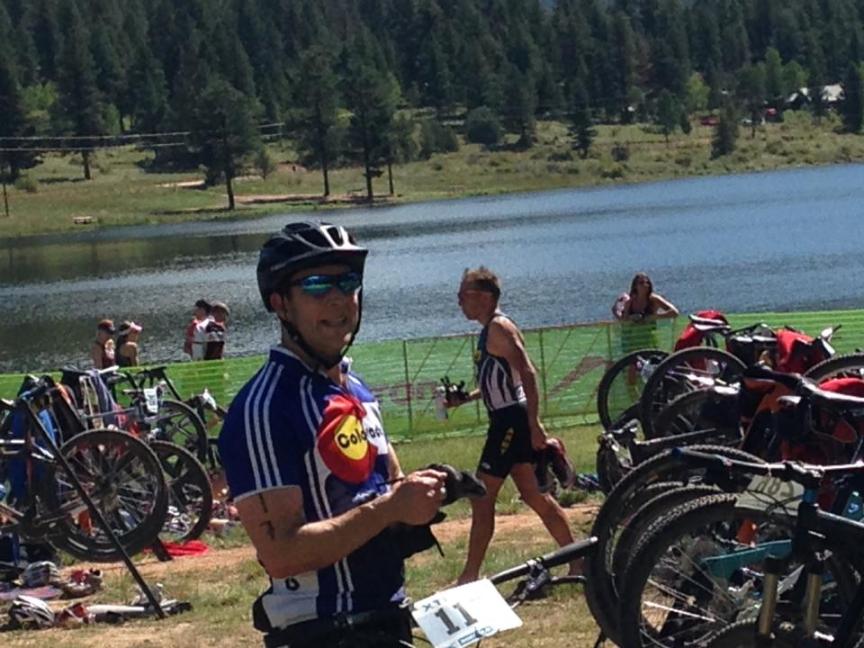 Happy to have the 20 mile Mountain Bike ride behind me 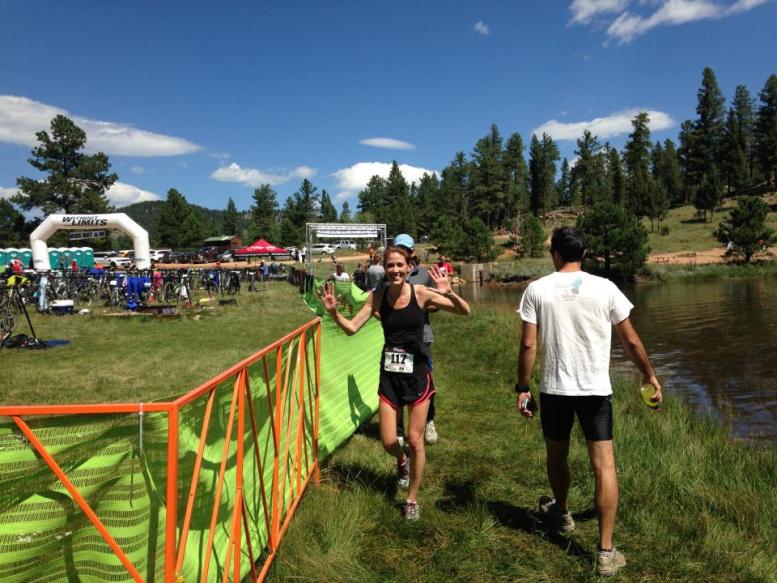 Mental Attitude: Older Adults Sharper in the Morning.
Using functional MRI to monitor brain activity, Canadian researchers have found the minds of older adults to be sharpest in the morning. This findings suggests that the early hours may be the best time for older adults to schedule their most mentally challenging tasks such as doing taxes, taking a driver’s license renewal test, trying a new recipe, or seeing their doctor about a health problem.
Psychology and Aging, August 2014

Health Alert: Emergency Room Closures Affect Surrounding Communities and Patients.
In a first-of-a-kind analysis, researchers have shown that emergency department closures can have a detrimental effect on patient outcomes at nearby hospitals. The researchers found that patients who were admitted to facilities located in the vicinity of an emergency department (ED) that had recently closed experienced a 5% higher risk of dying than patients admitted to hospitals that were not located near a recently closed ED. The risks of dying were even greater for patients with certain conditions such as heart attack (15% higher), stroke (10%) and sepsis (8%). Senior author Dr. Renee Y. Hsia adds, “These results suggest that health systems and policy makers should consider the ripple effect on communities when they regulate ED closures.”
Health Affairs, August 2014

Diet: School Vending-Machine Bans May Not Curb Sugary Drink Consumption.
Experts have found that banning vending machines from schools does not appear to decrease a student’s likelihood of drinking soft drinks during the day if that was the only school food policy change implemented. However, the authors of the study note that a decrease in soda consumption has been observed when schools that ban vending machines also ban the sales of soft drinks in other locations around the school, such as the cafeteria and student store.
PLOS ONE, August 2014

Exercise: Heat Stroke is a Greater Risk for Endurance Runners than a Surprise Heart Condition.
A new study has found that endurance runners are far more likely — ten times more likely, in fact — to die of heat stroke than an unknown heart condition. Senior study author Dr. Sami Viskin explains, “It’s important that clinicians educate runners on the ways to minimize their risk of heat stroke, including allowing 10 to 14 days to adjust to a warm climate, discouraging running if a person is ill or was recently ill, because a pre-existing fever impairs the body’s ability to dissipate additional heat stress, and developing better methods of monitoring body core temperature during physical activity.”
Journal of the American College of Cardiology, July 2014

Chiropractic: Loss of Neck Curve = Neck Pain.
A curvature of the neck of about 31-40 degrees is considered clinically normal. By comparing cervical x-rays of 277 individuals, researches observed that those whose neck curve was 20 degrees or less were more likely to experience neck pain. In fact, those with no curve left in their neck were 18 times more likely to have a cervical complaint than those with neck curvature considered clinically normal. Restoring and maintaining this curvature is a common long-term goal of Chiropractic care.
Journal of Manipulative Physiological Therapeutics, March 2005

A survey of over 500 chronic low back pain patients who have been on work disability for between two and ten months shows that 69.7% report experiencing substantial fatigue as well. Those reporting fatigue are more likely to suffer from depressive symptoms and are also more likely to still be in pain 3, 6, and 12 months after completing their initial survey.
Pain Medicine, April 2014

Kacee is back with this week’s (approximately) Thirty Seconds on Thursday video. Just click on the video below and it will take to our youtube channel where it will play. We’re talking about Foam Rolling to prevent back pain this week. Hope you enjoy it.

/wp-content/uploads/2016/10/denverback-logo2016.png 0 0 Glenn Hyman /wp-content/uploads/2016/10/denverback-logo2016.png Glenn Hyman2014-06-05 17:33:162019-04-02 11:27:32Dr. Glenn Hyman’s Denver Chiropractic Center: Thirty Seconds on Thursday Video
Children have been treated by chiropractors for spinal problems ever since chiropractic was founded in 1895, and neck pain is no exception. Neck pain is surprisingly common in kids, though not quite as common as it is in adults, reaching a similar occurrence rate by age 18. Studies conducted in the United States and in other countries report similar findings, leaving one to conclude there is a high prevalence of neck pain in kids all over the world. There are many causes of neck pain with a few being unique to children and some that could be a warning sign of something dangerous, such as meningitis. But far more commonly, neck pain in kids is NOT dangerous.
Let’s take a look!Looking at neck and shoulder pain in high-school-aged students, 931 males between 16 and 19 years of age were surveyed. More than two out of five students (44.3%) had recurrent neck and shoulder pain more than once a week with an overall prevalence of 79.1%. THAT’S A LOT! The study reported the student’s average sitting time was 10.2 hours a day, 59% did NOT sit up straight, and 11.9% reported that they stretched their neck and shoulders regularly throughout the day. Students with recurrent neck and shoulder pain also reported frequent fatigue and depressed moods. Looking specifically at 1,122 backpack-using adolescents, 74.4% were classified as having back or neck pain. When compared to non- or low use backpackers, there was nearly a two times greater likelihood of having back/neck pain! Also, females and those with a large body mass index (overweight) were also significantly associated with back/neck pain. Lastly, they found when compared to adolescents with no back/neck pain, those with pain carried significantly heavier backpacks.Another common cause of neck pain in adolescents is a condition called torticollis or, “wry neck.” This is basically a muscle spasm of certain neck muscles that rotate and extend the head from the neutral / normal position, often described as being “stuck” in this position. Though there are several types of torticollis, it can be triggered by almost anything including a change in weather, sleeping in a draft, following an infection like a cold or flu, maintaining a faulty prolonged posture, certain types of medications, and many others. Some studies describe torticollis as usually improving within one to four weeks, but in the hands of a chiropractor, it usually takes two to three days for the acute pain to subside and one week to completely finish the job! Of course, this varies depending on the case. Infants can be born with “congenital torticollis,” which occurs in 0.3 to 2.0% of newborns. Here too, chiropractic is VERY effective.

We realize you have a choice in whom you consider for your health care provision and we sincerely appreciate your trust in choosing our service for those needs.  If you, a friend, or family member requires care for neck pain, we would be honored to render our services.